Come dance with me in the fairy garden
in the glow from the harvest moon.
We’ll prance in rings to the fiddler’s strings
under archways of silvery blooms.

The fireflies shall light the path
with lamps of amber and gold.
You might spy an elf, a pixie, a gnome
in the hollow of a tree trunk’s soul.

And if you spot the Fairy Queen
arrayed in a dress of rose petals
give her a wave and your steps will grow light
as the down of the nightingale’s feather.

You shall feel much joy in this secret garden
where the stars sprinkle dust from the heavens.
Where the robins pipe songs from dusk to dawn
and the wind softly carries bird blessings.

The trip to Venice still lingers in memory.  Luckily, we were not flooded.  La Serenissima floods 1/3 of the year.  It is a regular practice for them to set up ramps and you are advised to bring tall boots.

Here’s one of my unearthed poems:

caught in the lagoons.

She is a jilted bride –

her Adriatic stanchions
rotting away


as rats nibble at the cake.

But Venezia refuses to stop the clock.

In a café, the Italian slurps his zuppe di cozze,

sets fire to his brain as a musical strain

the boats of gondoliers.

I imagine the fire of his dream:

lie supine on the shore,

tresses fanning out in hues of gold, orange, blue.

Their siren songs set him aflame.

Until he returns to the 21st century,

spots a woman flocked by pigeons

And here’s YT, being flocked: 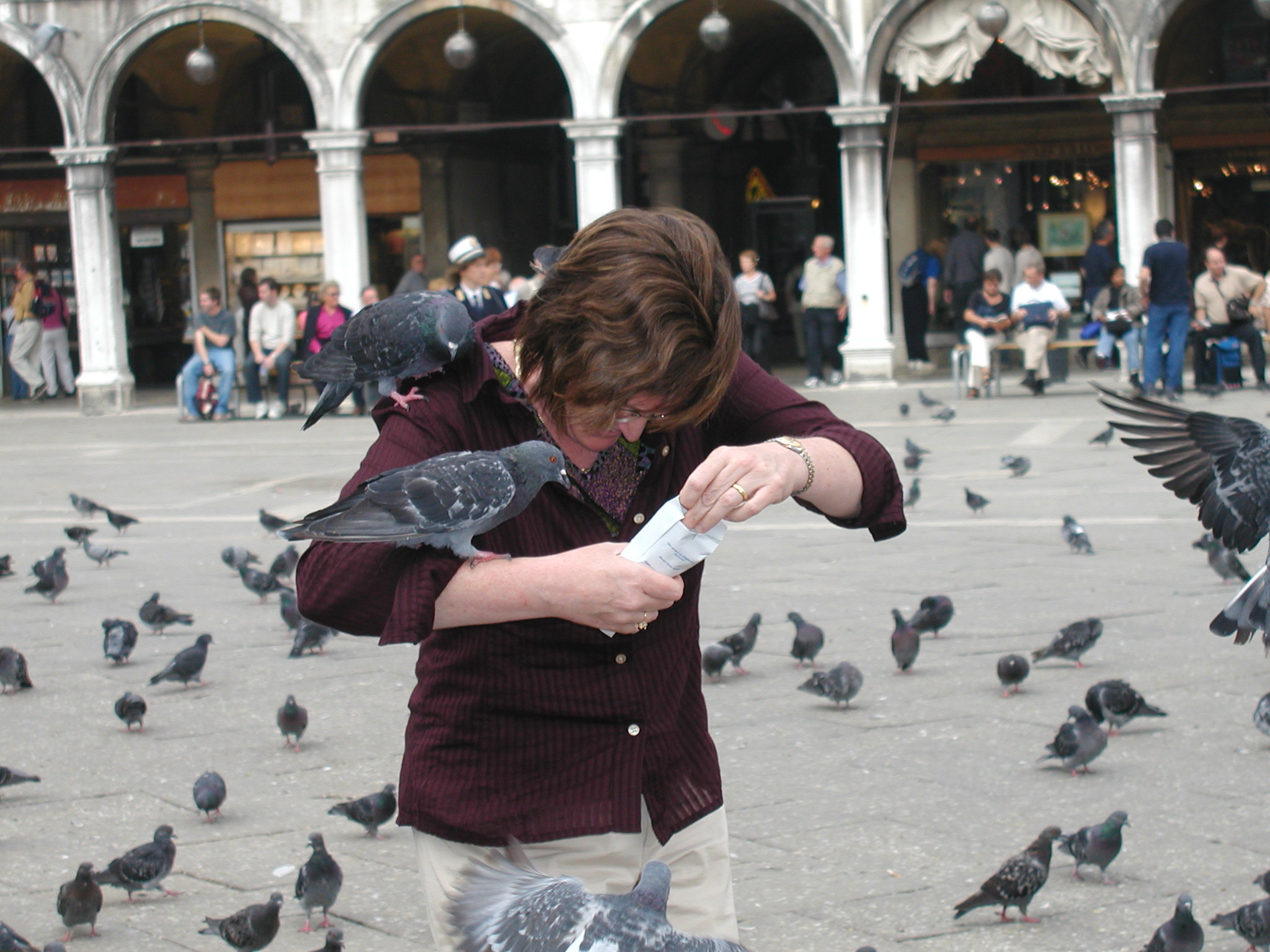 Copyright Susan Romanenghi, 2017-2021.  I am an original, so please no rip-offs.   Excerpts & links may be used, provided that full & clear credit is given to Susan Romanenghi and Romanwink Galleries.